The Service of the Sword (Honor Harrington)

Finally, in "The Fanatic," the semi-ubiquitous Eric Flint thinks and writes well about secret policemen and their possibilities. If Honor's audience hasn't yet expanded beyond its military sf core, this book should make it do so. All rights reserved. Convert currency. Add to Basket. Book Description Baen, Condition: New. More information about this seller Contact this seller. Book Description Simon and Schuster. Brand New. Seller Inventory Language: English. Brand new Book. Lady Dame Honor Harrington isn't alone. Her life touches others-and their lives touch hers-directly, or indirectly, whether as a naval officer, steadholder, or duchess.

In this collection, Jane Lindskold gives us the story of a prince on the brink of maturity and an extraordinary young Grayson woman named Judith - a victim of Masadan brutality, who confronts insurmountable odds in a desperate effort to lead her sisters to freedom-or-death among the stars. Seller Inventory BZV Mass Market Paperback. 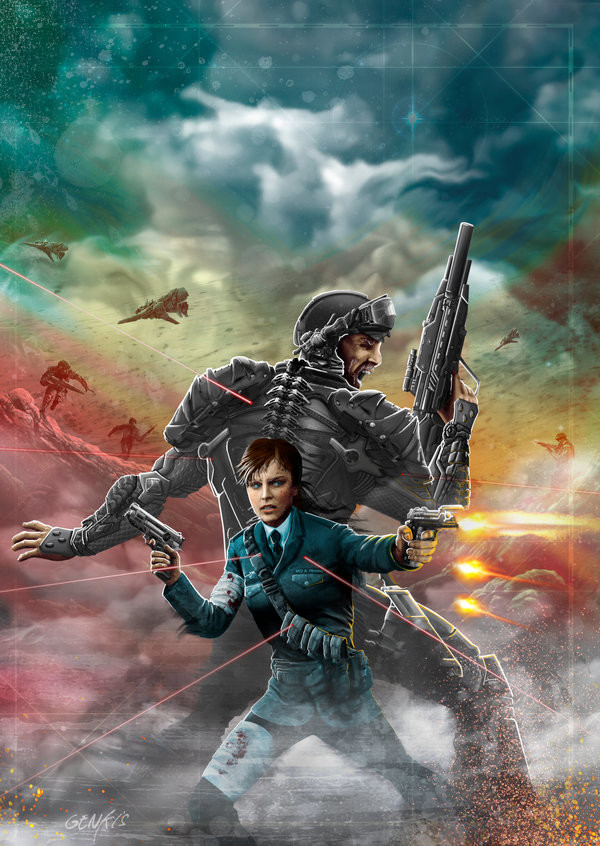 Book Description Baen. Seller Inventory AAS Seller Inventory M Seller Inventory BD The Gauntlet is tasked with investigating the disappearance of an Erewhonese navy ship, as well as figuring out what happened to a transport carrying thousands of colonists from Haven to a conservative religious planet with some similarities to Grayson. Oversteegen will also play a role in that book, whereas Abigail Hearns reappears in The Shadow of Saganami. Mesa is part of the sprawling Solarian League, and the unprincipled corporations that run the planet traffic in genetic slavery, piracy, and all sorts of unpleasant things.

Notify me of new comments via email. Notify me of new posts via email. This site uses Akismet to reduce spam. A great change of pace. We get to see what Honor's friends will risk for her, and what risks she will take for honour. A downbeat ending to the book, but at least it's not the end of the series.

All About Honorverse - and SphinxCon!

Another book emphasising Honor's personal conflicts, both with her political enemies and with herself, but there is a space battle here as well. A rather slow first half where we get to see more of Honor's life as a Steadholder, and her relationship with her Armsmen rising to a tremendous crescendo of personal combat, culminating in a space battle against, you guessed it, overwhelming odds.

Honor is back in Manticoran uniform, commanding a squadron of four Q-ships: merchantmen refitted with massive armaments, but no armour, to protect shipping from pirates in Silesian space. She has been maneouvered into this position by her old enemies, Klaus Hauptman and Reginald Houseman, who hope she will be killed in action. Lots of old friends reappear always a bit worrying, given the high body counts in these books , in particular, PO Harkness, who is now married to a Marine!

Lots of space action, lots of casualties, and a rather implausible reconciliation, as Honor tackles a secret pirate stronghold, and a covert Peep operation. I don't feel this is one of the stronger books in the series too many battles, not enough Honor , but still worth reading for all that, especially for the way the Peeps are shown to be honorable enemies. After six books of near-miraculous victories over seemingly-impossible odds, Honor Harrington finally finds herself in a battle she can't win. She has to surrender to the Peeps, and is then, despite efforts by their more honorable senior officers, sent by the Committee of Public Safety to their feared prison planet for immediate execution on trumped up charges.

But one lost battle doesn't mean the war is over. Her empathic link with Nimitz is here more of a liability than a help: it got her into the situation in the first place, as she fled from the confused emotions between White Haven and herself. And once a prisoner, she is caught up in a savage feedback loop of fear, pain, helplessness and guilt from herself, Nimitz, and her fellow prisoners.


This fraught time is leavened with some fun back at Harrison Steadholding on Grayson, as several treecat immigrants take up residence, and Honor's Beowulfan mother Allison arrives to head up a new genetic research clinic. And Grayson thought Honor was unconventional There is rather too much info-dumping about battleship specs woven into the first half for my liking but I realise that a large section of the readership enjoy this part as much as, if not more than, what I think of as the 'real' story. Things really hot up in the second half, however, with the lost battle, Honor's capture and isolation, and the subsequent events.

Now we get to see how she copes with a hopeless, humiliating situation over which she has no control or influence at all.

Wonderful stuff. Warning: although In Enemy Hands does reach a satisfying conclusion of sorts, it certainly requires a sequel. And for those of you looking for Rumors of Death , that was just the original working title of In Enemy Hands : don't worry, you haven't missed a book! At the end of In Enemy Hands we left Honor stranded on the prison planet Hades deep in Peep territory, with just a handful of crew and a couple of sub-light shuttles. So now all she has to do is escape. But there are a couple of problems: , other PoWs who she's determined to rescue as well, coupled with new Peep incursions that mean she can't just hijack a small ship to send for help After eagerly waiting so long for this, I was rather disappointed by it.

Only half the book is given over to Honor's story, the rest being back in the Peep-Manticore war; but we're used to that by now and the partitioning into 'books' makes it easy to know which bits to skip on rereading Although, to be fair, not all the non-Honor bits are battles or warship specifications: the Peeps have faked Honor's execution, so everyone thinks she is dead, and the resolution of the problem of her heir is definitely interesting.

My main quibble is that the Honor part of the story seems rather uninvolved, somehow. We don't get inside her to see her feelings in the depth we are used to. And she must be feeling something. After all, she's narrowly escaped a humiliating death, seen good friends die, and is now responsible for getting the rest out of a horribly dangerous situation. And she lost her left arm in the escape to Hades, yet its loss seems to have hardly any effect on her, besides making it difficult to dress! So, good plot progression, exciting action and battles, and it's good to see Honor back home, but let's hope the next book just as eagerly awaited is somewhat more involving.

Oh dear. The infodumping and the plot structure fragmentation seem to have got totally out of hand. We start off with a series of snapshots as Honor returns from the dead, to be met in turn by White Haven, by Protector Benjamin, by her parents, by Mike Henke, by the Queen. There are some moving moments, and some funny moments, as an embarrassed Honor comes to realise what has happened in her absence, and what people want to do for her on her return.

But this snapshot style continues throughout.

The Service of the Sword : Jane Lindskold :

In the background to start with, and ultimately in the foreground, the war rumbles on, and eventually reaches an important turning point. This is accompanied by some of the densest infodumping yet -- many chapters start off with a mere page of background, or action, or character interaction, then spiral off into detailed ship specs or tactical discussions. I know, I know: some readers want all this detail, but I see little reason why much of it couldn't be provided in technical appendices, rather than interrupting what little narrative flow there is.

So, there are some good scenes scattered between the infodumping, but very little depth.

For example, Honor's choice of aide is interesting, and has a lot of potential for development, but we then only ever meet her again as one of a crowd in half a later chapter! A whole year of Honor being fitted with new prosthetics whilst coping with the rather different job the Admiralty have given her is covered in a few lightweight chapters. There is also a massively important plot development in the relationship between humans and treecats, which everyone agrees is terribly significant, but appears to have little actual impact.

It's several years after the events in Ashes of Victory , and the new Manticore government are delaying the peace process, because it lets them keep the war taxes, and not call an election. They are also trying to nullify Honor, and after one ploy doesn't work, they send her off to Silesia to battle the new Andermani threat, hoping she might die in the process [given the success of that ploy the last time it was tried , I'm surprised they bothered].

Meanwhile, the New Republic is getting annoyed, and they have a well-kept secret The plot is potentially very interesting, and leads to interesting problems. This may be the book where Honor stops being Nelson and starts being Wellington. My spell checker doesn't recognise "Wellington", and suggests "Harrington" as a correction!